Founded in 1986, Colonial Williamsburg’s Rare Breeds program helps promote genetic diversity in livestock that research shows thrived in 18th-century colonial British America. Cared for by the Coach & Livestock department, horses, oxen, sheep, and fowl contribute to the living history museum in many of the same ways they would have contributed to the colonial capital: as workhorses and oxen pulling carts, wagons, and carriages; and providing wool, eggs, milk, and manure for trades throughout the city. While these animals complement our living history by day, portraying another aspect of daily life in colonial Virginia, they are cared for with the latest in modern technology, medicine, and facilities.

A long, healthy, and lustrous coat which falls in ringlets, ease of feeding, valuable meat supply, and quick maturation are this sheep's breed traits. Leicester (pronounced "lester") Longwools originated in Britain and were used as a pioneer breed. Their use extended to America, Australia, New Zealand, and other colonies settled by the Crown. Today they are quite rare in Britain and North America, but they can still be imported from Australia. Their wool is sold to hand spinners, weavers, felters, and dollmakers for hair and beards. The original herd of Colonial Williamsburg's Leicester Longwool sheep came from Tasmania, but now the sheep are bred here. Each spring, visitors enjoy the joys of lambing season, gathering around pasture fences to see young Leicester Longwool lambs romp and rest. And our historic weavers enjoy their fleece, too!

Cleveland Bay horses are renowned as England’s oldest and purest breed. Set apart by its rarity, strength, and remarkable temperament, the breed comes exclusively in the Bay variety characterized by reddish-brown coats and black legs, manes, and tails. The consistent coloring of the breed made it easier for colonial Americans (and us!) to match horses in pairs and in teams of four for pulling carriages.

The only modern breed in the program is also the rarest – fewer than 200 are registered each year. American Cream Draft horses are the only breed of draft horse originating from the United States. Breed characteristics include a medium cream-colored coat, pink skin, amber eyes, long, white mane and tail, and white markings. These horses mature late at five years old and have an excellent temperament. Mares stand from 15 to 16 hands and weigh 1,500 to 1,600 pounds. Males stand 16 to 16.3 hands and weigh 1,800 pounds and up.

Descended from the Red Devon breed native to Devonshire, England, diversity is the trademark of this breed. American Milking Devons’ milk contains a high butterfat content – prized in the 18th century for butter and cheese production. They also provide quality meat, intelligence, and muscle, making them good work animals that are easy to feed and fatten well with minimum supplements. In today's living history museum, they pull carts and wagons, and their milk is used in the Historic Area Foodways program.

One of the oldest recognized breeds in the world, Shorthorn cattle originated in Northeastern England in the Valley of the Tees River. Much of the early improvement work took place in the counties of Northumberland, Durham and York. Shorthorns are either red, red and white, white or roan, the last named color being a very close mixture of red and white, and found in no other breed of cattle. The Milking Shorthorn breed is best known for its versatility. This docile animal efficiently converts feed into milk and has a long productive life, at the end of which these large cows have a high salvage value. The first importation of Shorthorns to the United States was in 1783, when "Milk Breed" Shorthorns came to Virginia. These early importations, often referred to as "Durhams", became favorites of the pioneer, furnishing meat, milk and power.

The Dominique chicken is one of the first breeds of chickens developed in the United States. They are small to medium in size with a very hardy constitution. Their heavy plumage protects the poultry from low winter temperatures.

The Nankins are a foundation for many other breeds of bantams, which were very popular in the 19th and 20th centuries. With their copper-colored bodies and their green and black tail feathers, they are striking birds, and they make good pets because of their gentle nature. Nankin hens were used to hatch Pheasant and Quail eggs for large estates.

Originally bred for cockfighting, these chickens are distinguished by their strength, agility, and aggression. English game fowl never became popular as utility fowl after cockfighting was banned. However, English game fowl produce high-quality meat and eggs. Eggs from the poultry in the Rare Breeds program are used in the Historic Area Foodways program.

The Rare Breeds program is recognized by the American Livestock Breeds Conservancy (ALBC) for “its outstanding historical, agricultural interpretation. Colonial Williamsburg is a pioneer in the field of not only showing the animals, but in conservancy and breeding.”

Enjoy a leisurely ride through the Historic Area by horse-drawn carriage. 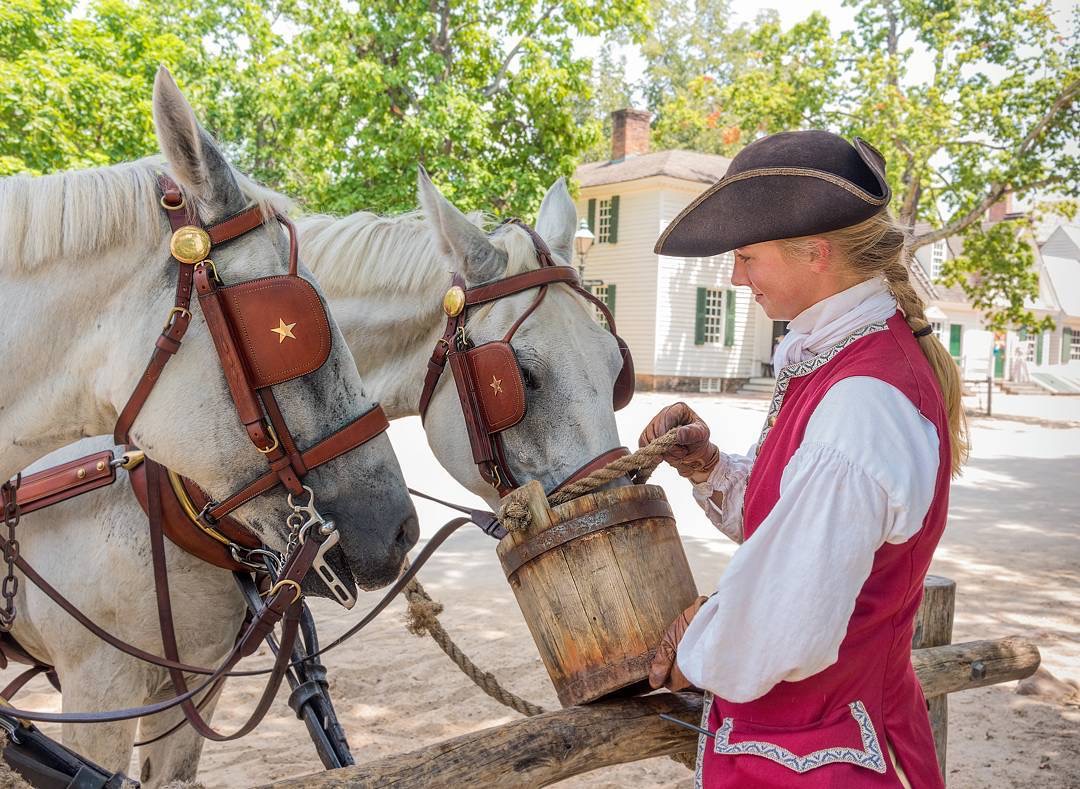 This History of the Milking Devon 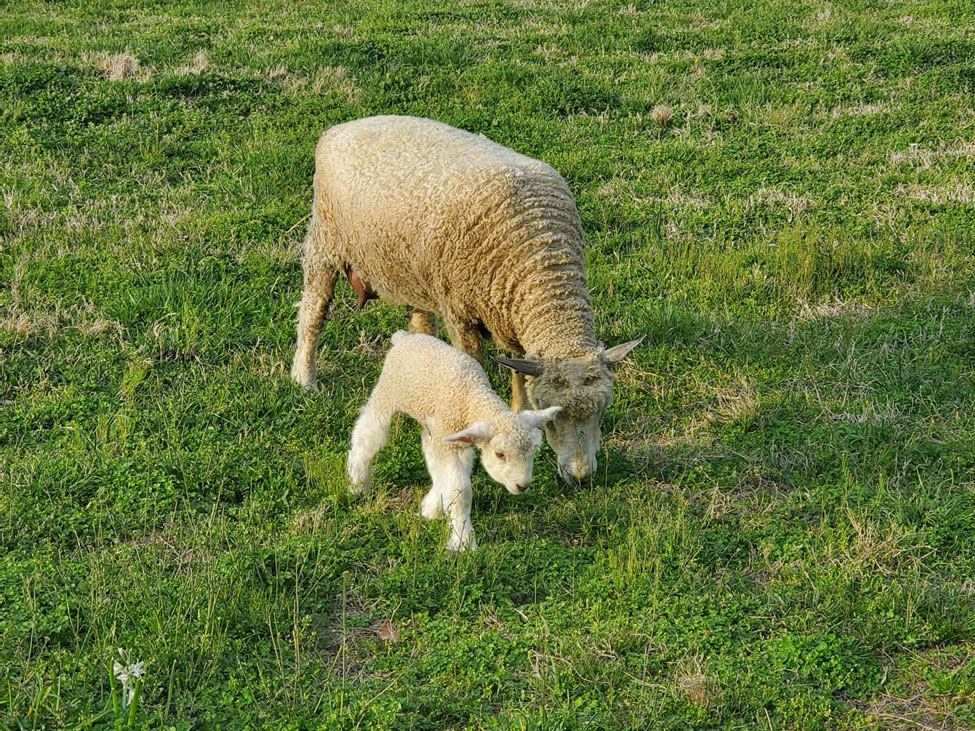 Weaving, Spinning, and Dyeing, Oh My!

Our Creatures Big and Small

Explore items from the Art Museums of Colonial Williamsburg's collection. Learn cool facts, have some fun with at-home craft projects, and find out where to see these items in person when you visit!

How Can I Help?

We need your support to help us fulfill our mission: that the future may learn from the past. Without state or federal funds, The Colonial Williamsburg Foundation depends largely on individual donations to keep this unique living history museum going. Gifts of any size make a big impact!